HOW FAR IS FAR?

Artificial intelligence is the most modern tradition that we are aiming to ethically use to improve people’s lives and companies’ profits. This evolution has revolutionized the workplace while striking up some interrogation regarding the future of humans:

Unfortunately, we tend to forget the purpose of AI: to make our lives easier. In an attempt to accomplish the latter, tech-freaks have designed a brain similar to that of humans, yet more efficient, and peacefully integrated it in our lives and our workplace thus rendering “AI” the answer of every question:

That been said, AI now creates a safe space for businesses to leap to higher levels while also saving lives through ensuring security and wellbeing as it steps to improve all domains.
That makes you pose another question: How can AI do that?
And we are here to answer: It starts by developing the AI brain, then via machine learning robots are taught information by humans and that is creating new job opportunities. Drastically, the machine will be able to learn and develop its performance independently correcting its own mistakes; thus, reducing human errors as well as its own, thanks to the huge data pile the machine has already integrated in its system.
Briefly, it is true that machines evolve at a faster pace than humans, still we hold the upper hand over robots and make the choice of when, where and how they will seize to evolve; the fact that places humanity in a safe zone while taking this century’s huge step for mankind.
Having read that, how far is far in the AI world! 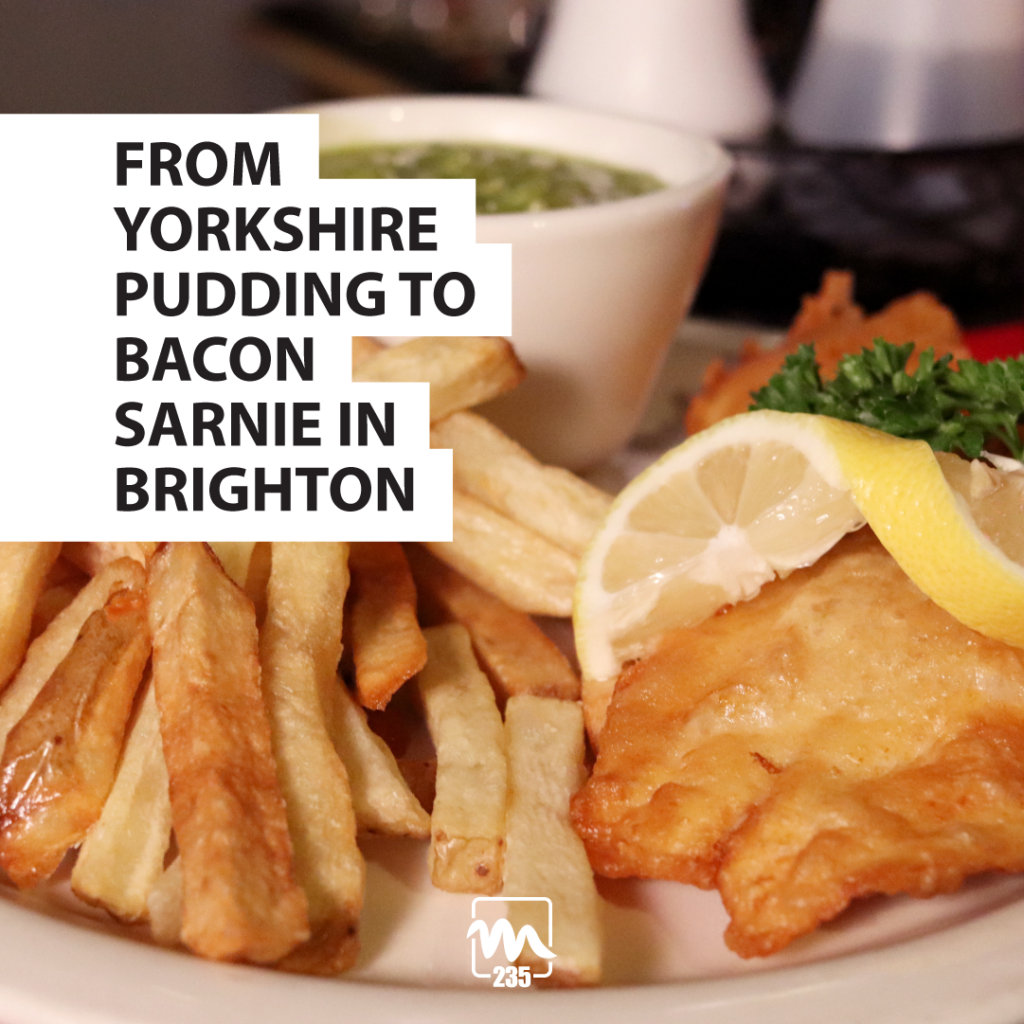 British cuisine has long been regarded as boring, dull and ordinary due to its wide diversity translated into a language courante and street food very odd for European non-Brits. As locals deep fry their Mars bars and call sausages toads and gravy pudding, people tend to undermine the wide scope of culinary delights of the British gastronomy ranging from traditional food with practical ingredients and food preparation techniques, to the authentic ethnic food brought into the culture from various immigrant countries and modified ethnic food which is immigrant food made British by commercial modification.

What is truly fascinating about the FnB sector in the UK is how its citizens, throughout history, have welcomed with open arms foods that most often do not complement the British style de vie while simultaneously developing their own cuisine and amending many imported dishes to their taste and preference although being incompatible with their culture like adopting a trifle desert for their three-day summer. As they have also acquainted Falafel from the Middle East through the streets of Vermont and opened widely the doors of Glasgow’s restaurants for the invention of Chicken Tikka Masala by a Bangladeshi chef.

They have as well created Bread and Butter Pudding with a croissant or a brioche instead of regular bread and Beef Wellington based on the French filet de boeuf en croûte to be added to the long never-ending list of pies in the kingdom including the Shepherd’s Pie, Lemon Meringue and Chicken and Leek. Yet not every dish integrated in the British cuisine originated in the luxurious European streets or on the hands of well-skilled A-listed chefs, some have come from the monotonous life of average workers who needed quick, easy to carry around meals for their tough jobs such as the Cornish Pastry inspired by the South American Empanadas that was made popular by miners.

The above mentioned plates were drastically integrated on restaurant menus in the kingdom as locals were coming up with plates that resemble them and fit in their lifestyle more such as the Fry-Up or Scottish Full Breakfast piling eggs, bacon, sausages, black beans, tomatoes, toast and black pudding in a plate to start off the day. Or dining Fish’n’Chips which is the closest British dish to American cuisine. Or hosting roast dinners on Sundays when veggies and meant cook in the oven while people are at church performing religious rituals.

Brits have even come up with dishes that mourn artists. For instance, the famous wide-spread Haggies, Neeps and Tatties made on Burns Supper yearly on the 25th of January to honor the Scottish poet Robert Burns that passed away in 1796. The dish embodies the passing away in a beautiful holiday thus transforming the heart-aching memory into a joyous celebration by compiling turnips and potatoes (Neeps and Tatties) with a traditional Scotting pudding of sheep’s heart, liver, lungs, onions, oatmeal, spices and some stock washed down with thirst-quenching whisky.

Cooking has long been, not just a mere profession, a gender role or an act of satisfying our basic needs, yet a method of apprehension of different patrimonies. Throughout this brief article, we have walked side-by-side through the streets of England, savouring foods that have harboured on the coasts of the islands and originated in its villages and tiny suburbs from Yorkshire pudding to bacon sarnie in Brighton passing through Welsh cakes, this set of articles shall constitute the staple of the ultimate British and European food experience.

All rights reserved to Mission235 sarl – 2021
Journey 2021 – Shifting Global
We use cookies on our website to give you the most relevant experience by remembering your preferences and repeat visits. By clicking “Accept”, you consent to the use of ALL the cookies.
ACCEPT
Manage consent

This website uses cookies to improve your experience while you navigate through the website. Out of these, the cookies that are categorized as necessary are stored on your browser as they are essential for the working of basic functionalities of the website. We also use third-party cookies that help us analyze and understand how you use this website. These cookies will be stored in your browser only with your consent. You also have the option to opt-out of these cookies. But opting out of some of these cookies may affect your browsing experience.
Necessary Always Enabled

Performance cookies are used to understand and analyze the key performance indexes of the website which helps in delivering a better user experience for the visitors.

Analytical cookies are used to understand how visitors interact with the website. These cookies help provide information on metrics the number of visitors, bounce rate, traffic source, etc.

Advertisement cookies are used to provide visitors with relevant ads and marketing campaigns. These cookies track visitors across websites and collect information to provide customized ads.

Other uncategorized cookies are those that are being analyzed and have not been classified into a category as yet.